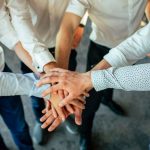 The pension manager IPAS Indexo (hereinafter – INDEXO) has attracted 23,669 new clients of pension 2nd and 3rd level plans in the first nine months of this year, which is almost twice or 90% more than in the first nine months of last year, and has allowed since the beginning of the year to increase the customer base by 35%. The total number of INDEXO clients as of September 30 this year was 91,193, compared to 67,524 clients at the beginning of the year and 81,883 at the end of the first half of this year.

Despite the fact that the global financial markets are experiencing a recession and the assets in Latvian pension system have also decreased, the rapid increase in the number of clients has ensured that the assets under management of INDEXO’s 2nd and 3rd level pension plans at the end of the third quarter of this year were 15% more than at the beginning of the year, or EUR 541 million against EUR 468.4 million. In the first half of the year, INDEXO’s assets under management were EUR 484.5 million.

“Quarterly data show that our growth remains strong and in the last three months we have attracted almost ten thousand new customers, which is more than in the first or second quarter of this year alone. This indicates that people trust INDEXO and our index investment strategy,” says Valdis Siksnis, chairman of INDEXO’s board and one of its founders. 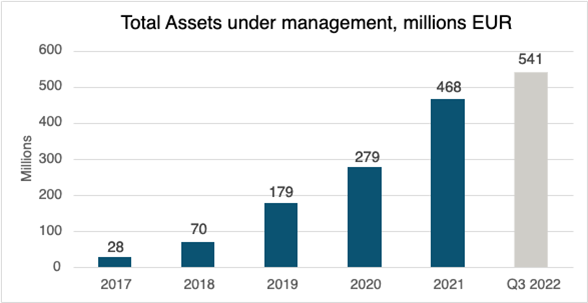 As reported, earlier this year INDEXO conducted its IPO where it successfully met its investment target of EUR 7.49 million and the company’s shares were oversubscribed by around EUR 2.5 million. In the IPO, investors acquired the pension management company’s shares, and it is planned that the new INDEXO bank will be a subsidiary of the pension management company. INDEXO shares were listed on July 15 on Nasdaq Riga Baltic Main List. The ticker symbol of INDEXO shares in IDX1R.

By the end of this year INDEXO plans to submit an application to receive a license for the commercial bank in accordance with laws and regulations and will start phasing in banking services upon receipt of the license – starting with retail banking services, which will be followed by services also to corporate clients.

IINDEXO increases number of customers by 49% in the past 12 months, revenue grows 46%

In line with the consolidated unaudited report for the first nine months of 2022, pension capital management company IPAS Indexo (hereinafter – INDEXO) in…

Tīna Kukka joins the INDEXO Management Team, steps down from the Supervisory Board

Tīna Kukka, the current Supervisory Board Member of the pension management company IPAS Indexo (hereinafter – INDEXO), has decided to join the Management Team…

The pension management company IPAS Indexo (hereinafter – INDEXO), which is currently working on establishing its banking operation, from 1st of November will add…